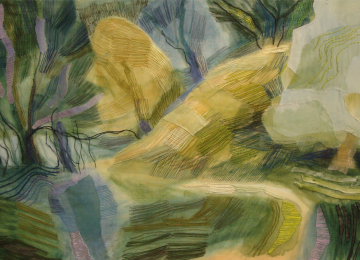 Eleri Mills is one of Wales’ most successful artists. During the last ten years life has enabled Eleri to concentrate solely on her work exploring many avenues of creativity, unbounded and with total autonomy. This exhibition surveys that decade and reflects on Eleri’s creative journey.

During her forty-year plus career there have been many highpoints. Her 1995 solo exhibition opened at the Museu Tèxtil i d’Indumentària in Barcelona before touring the UK. She has exhibited internationally showing significant works in cities as far afield as Chicago, Kyoto, Łódź, Madrid, Tokyo and New York. Major institutions, including National Museums of Scotland, The Whitworth Art Gallery and The National Library of Wales, have purchased her work for their permanent collections. She won the Gold Medal at the 1987 National Eisteddfod and has completed many prestigious commissions. 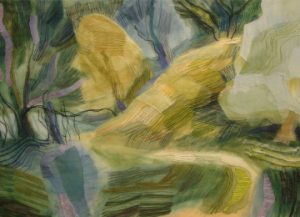